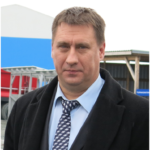 Konstantin’s background is the numerical simulation for the area of electromagnetic launch technology, where he got his PhD in physics and mathematics (mathematical modelling, numerical methods and software applications). Having graduated from the Moscow Aviation Institute in 1988 Konstantin worked as a researcher in three Russian and Ukrainian institutes involved in electromagnetic launch technology until 1998 when he joined CST as a Head of Consultancy. The areas of expertise comprise general space technology, the use of space remote sensing data for the prospecting of oil and mineral resources, materials science and space grade electronic components. 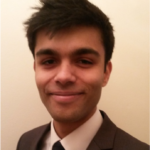 Alan’s first professional encounter with space was as a research assistant at the Institute for Biomedical Problems in Moscow, Russia’s leading space biomedical research facility. This led him to get a Microbiology BSc and Molecular Medicine MSc from Imperial College London. Throughout university, he worked part time at CST as a technical report editor, starting full time work in 2011. Alan has since managed a diverse range of projects for CST, including: biomedical satellite research, market analysis and forecasting for the satellite/launching industry and multiple studies into UK spaceport requirements. Alan currently works as a Director and Project Manager at CST, representing CST’s London Office and applying the skills acquired from CST to manage the operations of CSTP. 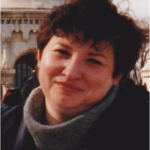 Lyudmila’s scientific interests are in structural geology, the interpretation of space images for mineral exploration and the structural hierarchy of geological structures. She graduated in 1972 from the Geological Faculty of Lomonosov State University, specialising in Geological Surveying and Mineral Exploration, receiving her PhD in Geology (Geotectonics), at the Lomonosov State University in 1983. She participated in numerous geological surveying projects based on the interpretation of space images in the following areas: Plato Putorana, Eastern and Western Sayan Mountains, Khamar-Daban Mountains, the Sredne-Vitimsky mountain area (all – Siberia), Caucasus Mountains and Sudan. Lyudmila has authored over 40 scientific publications and 22 course books, including course books on Structural Geology, Geological Surveying, and Oil & Gas Exploration. She also holds the RF Ministry of Natural resources Sign of Excellence in Mineral Exploration for her “great contribution to the geological prospecting and exploration of mineral deposits with high industrial, scientific, technical and economic achievements”.

Arnold has 40 years experience as a Professional Geophysicist. On staff with the British Antarctic Survey 1975-79, Elf Oil Exploration and Production Ltd 1979-83, then Manager of Geophysics for Kerr-McGee Oil, London 1990-96. Since then served as a Senior Consultant Geophysicist, or Manager for many International Oil or Mineral Exploration Companies including: Shell, BP, Total, StatoilHydro, ConocoPhillips, Exxon-Mobil, Robertson Research International plus others. Projects have covered extensive areas throughout:– Europe, Africa, Middle East, North & South America, Asia and the Antarctic. Recently Arnold was asked to provide The Shell “Corporate” interpretation for several of the large Shell North Sea Fields from many previous interpretations of up to 600 3D Seismic Cubes.

As an exploration geophysicist, contributed directly to a number of hydrocarbon discoveries: including the first hydrocarbon discovery in Greece for 15 years (the 1989 Epanomi-1 gas discovery for DEP-EKY), and to date the only well in the whole Norwegian Arctic to test oil at 10,000+ bbls/day (7120/6-1, for Norsk-Hydro), plus 2008 wildcat discovery well “LOL-1” in Sudan, which found oil at 3 separate reservoir levels, & which was the first well drilled at a location recommended in the 2007 CST Report.

Frequently such Exploration Projects required Satellite data interpretation as part of a holistic subsurface evaluation, and for that I worked closely with CST (Commercial Space Technologies) and the Oil & Gas University of Moscow.